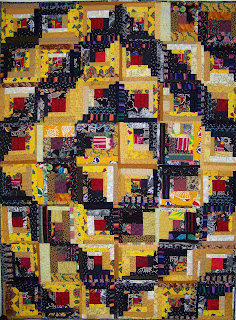 My friend Pat from Alaska was down visiting and suggested that we make a quilt.  We spent a fun-filled day making log cabin blocks.  Somehow or another, I miscalculated the number of blocks we needed to make.  Yes, I admit, I'm the one who did the faulty math.  Later when I put the blocks together there were several, to say the least, left over.  I decided to make a second top, and set out to make the additional blocks needed. 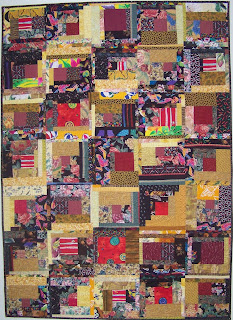 After this top was constructed, I realized I had again miscalculated the number of blocks.  There were leftover blocks, again! Amazing!  I guess my brain is no longer capable of "higher" math (5 x 7 = ?).  I needed to break out the calculator.  I made the right number of blocks to finish a third top.  This should be the last yellow and black log cabin that is Guatemala Bound! 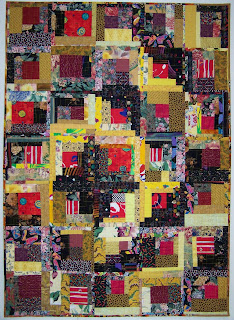 Posted by Handwerk Textiles at 11:53 AM