I have three pieces in two gallery shows opening this month! Gallery 114 is in the Pearl in Portland, Oregon.  The Collective Visions Gallery is in Bremerton, Washington.  Red Lightning will make its debut there. Please stop by if you're near to either area.  I would love to see you at the openings. 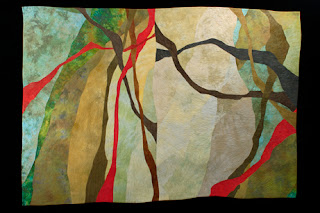 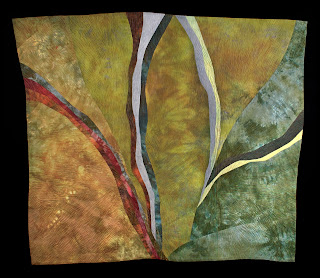 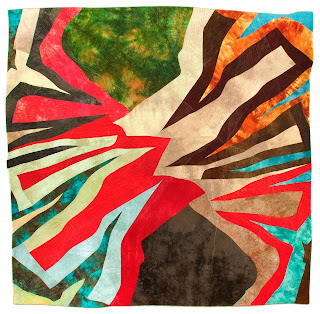 Last Chance to View "What's Blue to You?" 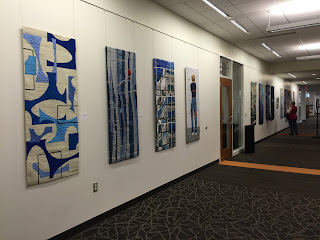 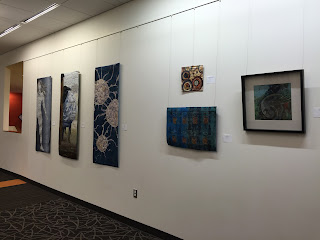 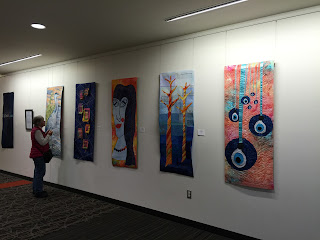 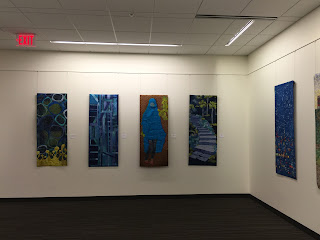 Posted by Handwerk Textiles at 11:43 AM No comments: 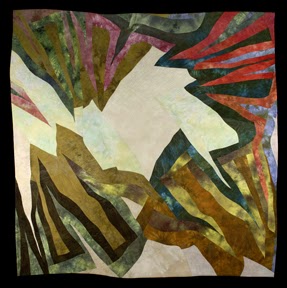 I'm pleased to tell you that Canopy was chosen for a Juror's Choice award at Finding Our Place: The Geography of Art at the Annmarie Sculpture Garden and Arts Center in Dowell, Maryland.  There were three juror's choice awards and mine was chosen for "the best work representing the literal meaning of place." I must say I'm surprised to be chosen as representing the literal meaning of anything! The juror was Mary Savig, Curator of Manuscripts, Archives of American Art, Smithsonian Institution. I'm honored.

Posted by Handwerk Textiles at 11:31 AM No comments: